–    2 x 300hp Mercury outboard version of the 38GS is appealing to family sailors
–    Dynastream hull technology guarantees supreme stability and comfort in all weathers
–    Smoothest ride ever from a Technohull boat at any speed
–    Breathtaking looks, luxurious finish and a long features list


Technohull ’s new Grand Sport 38 hit the water late last year, but it is already making a splash with family sailors. The boat was well received at the pre-Corona shows and has already sold dozens of hulls. And to the Greek yard’s surprise it was this fast boat’s striking looks and comfort at sea which has caught the imagination more than her out-and-out pace.

Through a rigorous programme of CFD simulation, scale and full-sized tank testing, this hull was developed. The steps channel air beneath the boat to provide lift, natural cushioning and unprecedented stability at all speeds. This hyper-ventilated hull shape is 10-15 per cent more efficient than previous Technohull  designs, offering lower fuel consumption for higher speeds. 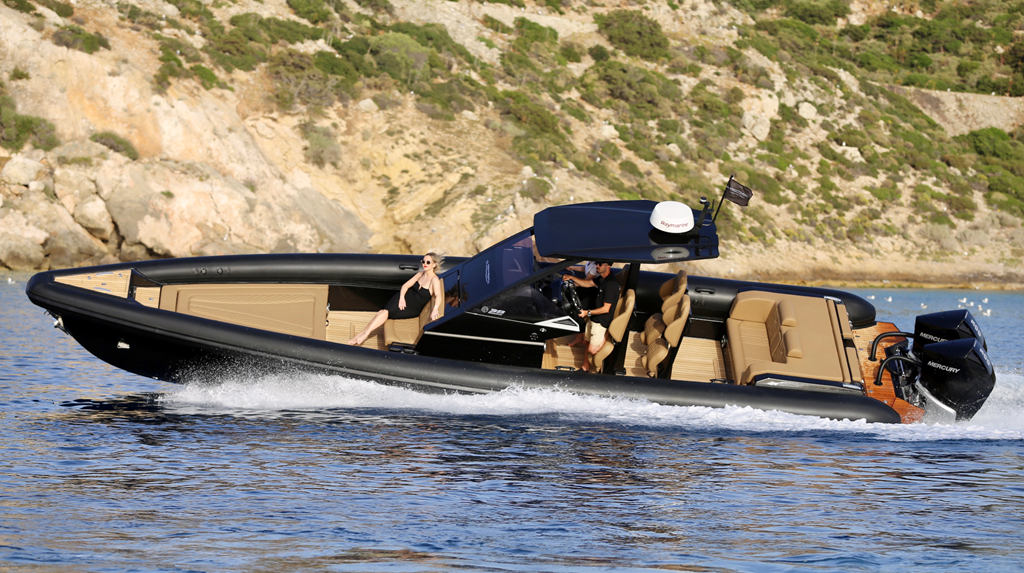 Striking looks
But Technohull ’s experienced designers were not content with creating a boat that was technically perfect – it had to look the part too. Notwithstanding the yard’s impressive reputation, the 38GS represents a step up in terms of aesthetics and interior finish.

Athletic lines betray the boat’s top speed of over 100 knots, but they do it justice at any pace. Long, at 12.1m, and slim, with a jet-black hull and tubes, the 38GS will turn heads in any port it enters. It contrasts beautifully with the boat’s hand-stitched Spradling upholstery in rich orange, crimson, or any colour you choose. The options list is lengthy,  and includes an elegant carbon T-top for extra protection.

Both the sport and the standard versions offer multiple social areas, with a huge sunpad in the bow, double seat ahead of the steering console and deep twin driving seats. The stern can be configured in several different ways, with the sport version offering a second row of its proprietary shock-mitigating bucket seats and two broad stern seats, while the standard boat goes for a full-beam seat and two luxurious sunpads. Both put the emphasis on access to the water, thanks to their notched transoms. 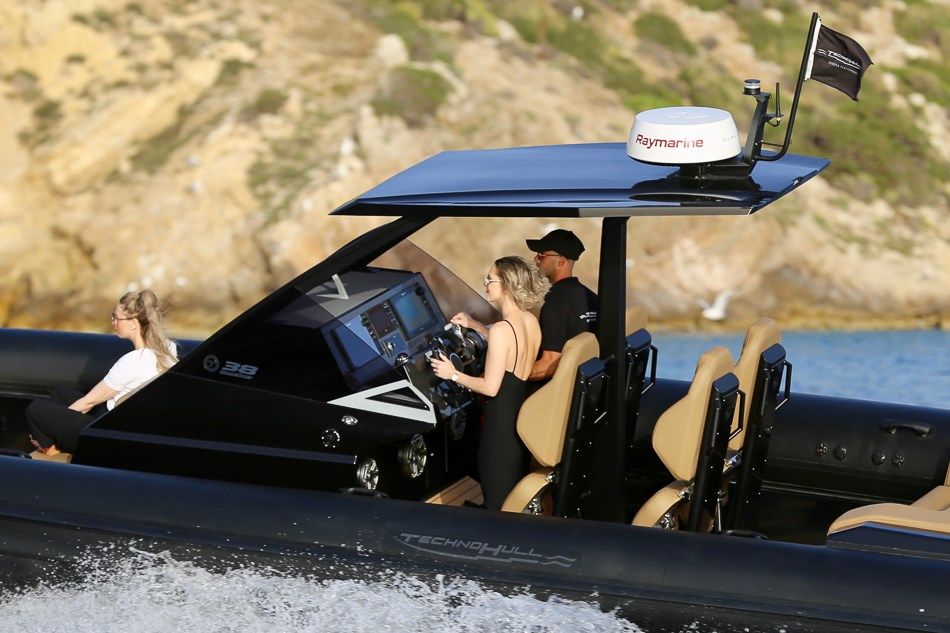 Power to impress
Twin Mercury Verado 300s to twin 450R are proving the most popular propulsion package to date, in line with the family appeal that the 38GS exerts. Out-and-out sport mode allows the transom to take up to three Verado 450 V8s for speeds over 100 knots, but it is a really flexible platform giving owner’s a host of engine choices.

Of course, power can also be turned towards comfort, and Technohull  has made this its best-equipped boat yet. It boasts an electric toilet, for instance, external shower and the option of a handy cabin in the bow. There is all-round LED courtesy lighting, an automatic bathing ladder which deploys and adjusts at the touch of a button, and state-of-the-art entertainment from Fusion. Choose underwater lighting, a bow thruster and night vision cameras.

With these features and many more, plus the possibility of customising colours and configuration, there is little wonder that the 38 Grand Sport is reaching far beyond the speed market. Technohull  has also created in the 38GS a supremely flexible, all-round family boat. 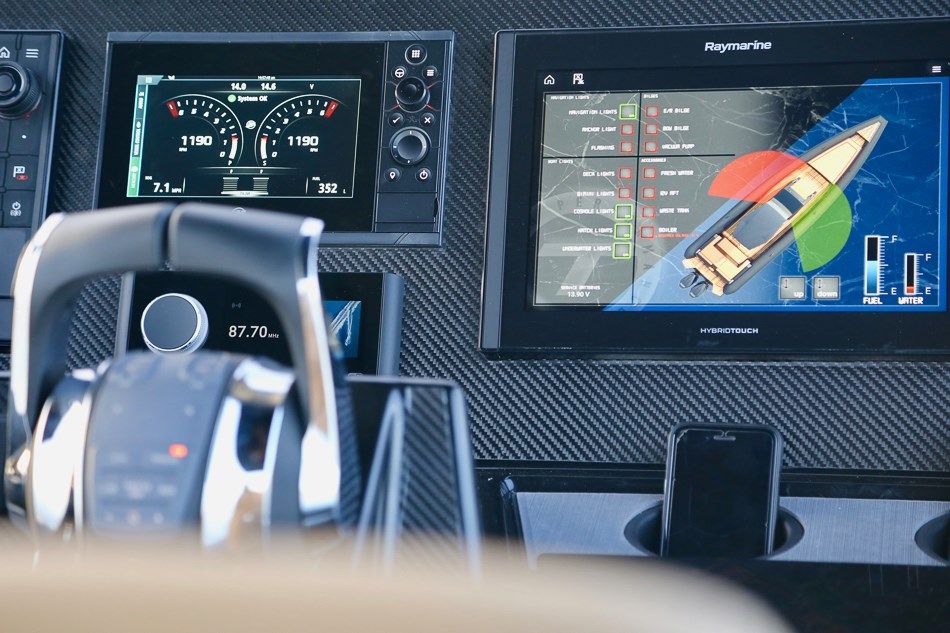