Sanlorenzo’s ability to embrace new ideas, all the while remaining faithful to its heritage, the courage to dare to push beyond its limits when it comes to innovative solutions, have led to the creation of the new SD96 and SL96Asymmetric models presented yesterday during the press conference at the Milan Triennale.

SD96 is the entry level model of Sanlorenzo’s historic semi-displacement SD yacht line, a 28-meter-long model that will replace the SD92, another of the shipyard’s success stories, which was launched in 2007 with 27units sold, showing and maintaining its natural evolution. that stylish hallmark that has always distinguished the yard.

Here too there is a historical legacy to respect, an image that has grown and been consolidated over time, which has been the main motivator in defining the design of the external lines of this lineup of boats, signed by the Zuccon International Project, in which tradition and history are indispensable aspects. 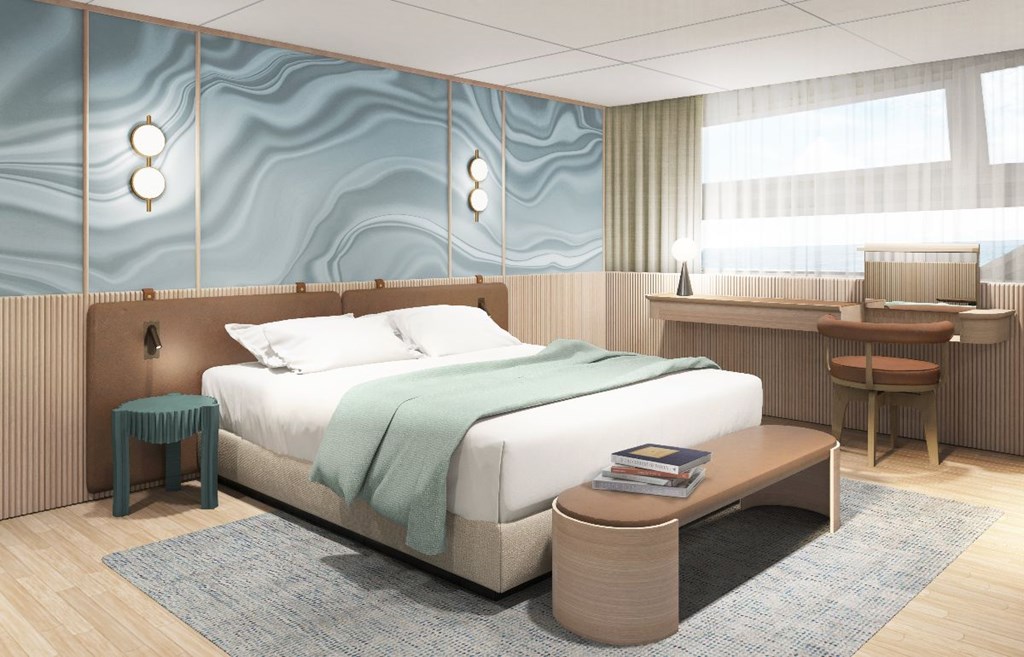 Continuing along the same path that for years has linked it closely to the world of design, the company has entrusted Patricia Urquiola with the interior design of the new SD96 yacht.
Best in its field, Sanlorenzo has in fact involved such noteworthy names as Dordoni Architetti, Antonio Citterio Patricia Viel and Piero Lissoni (Art Director of the company since 2018), in the interior design of yachts, thanks to which it has added new visions allowing it to rethink the concept of space on board, an established asset of Sanlorenzo, through innovations and new stylistic features. 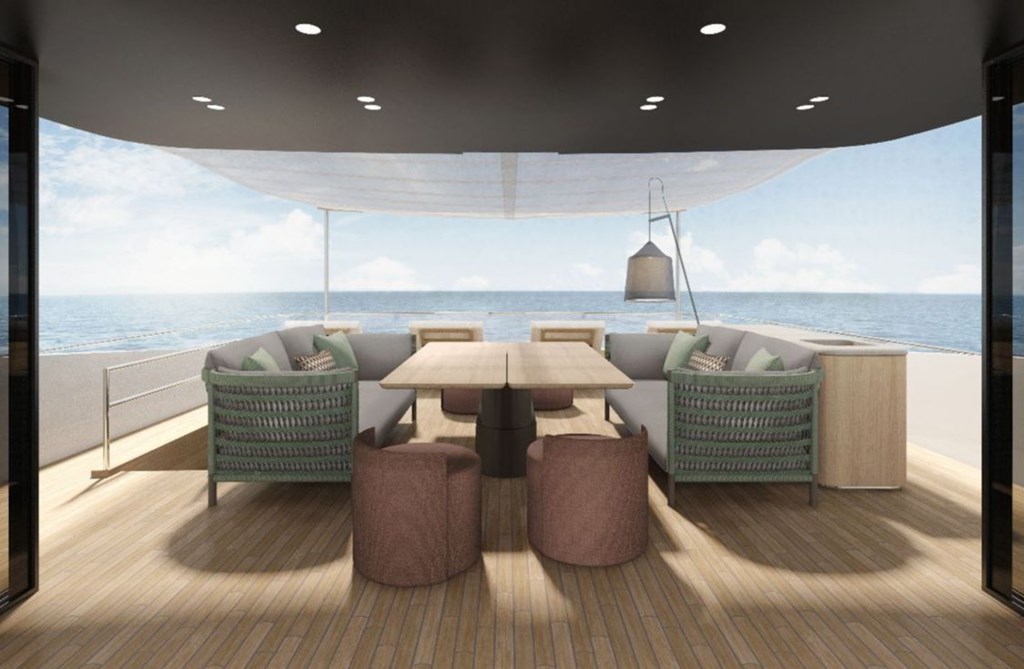 “I chose Patricia because I wanted to add a more feminine touch to the interiors in Sanlorenzo yachts, something which until now had been foreign to the nautical world. And today she is the most sought-after woman in global design thanks to her ability to combine beauty and comfort. All done with a touch of irony and almost poetic sensitivity, with love for all that is glocal and a great respect for the hard work of the artisans.” Massimo Perotti, Chairman Sanlorenzo

In bringing her vision on board, the architect and designer laid out the interior of the SD96 with transformability taking centre stage-making for a boat capable of evolving and continuously adapting to the needs of those who live on it.

A flowing space in which the distinctive style of the Spanish architect and designer blossoms and blooms, combining a minimalist approach with a mix of carefully selected materials that summon forth thoughts of the sea.

SL96Asymmetric: Laura Sessa signs the interiors of the new asymmetrical

Sanlorenzo extends the range with a bold new project to debut at the Düsseldorf BOOT 2020 that redefines on-board harmony for greater liveability and flexibility of use: SL96Asymmetric.

In continuation and consolidation of last year’s concept for the first asymmetric yacht in the world, the SL102Asymmetric, we can see Sanlorenzo showing its particular skill when it comes to working on the concept of space-manipulating it at will to satisfy our customer’s desires. 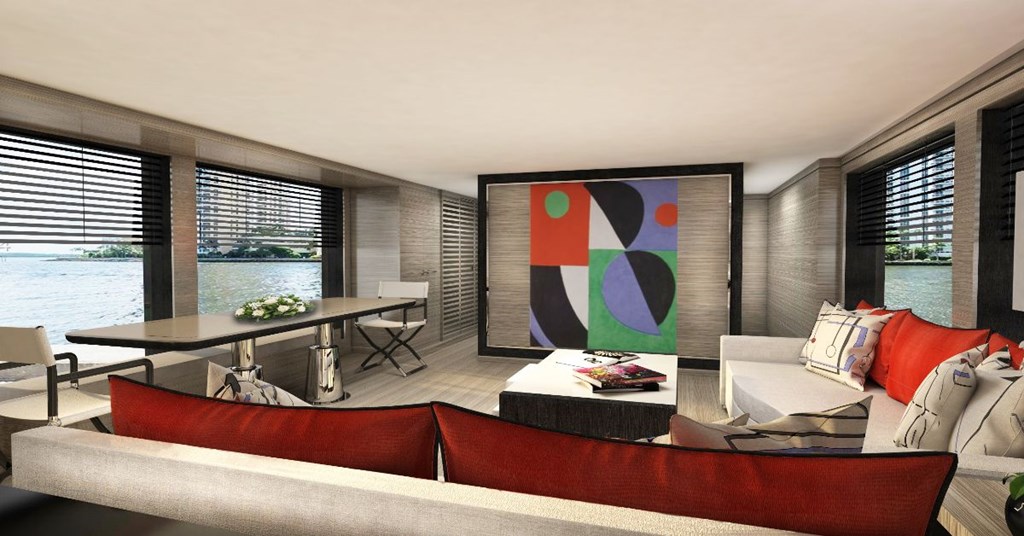 The SL96Asymmetric thus demonstrates the success of the choice of Mr. Massimo Perotti, Chairman of Sanlorenzo, to break the mold by going against the tide, to present a proposal never thought of before.

The asymmetry has in fact made it possible to rethink conventional balance on board by offering not only volumes destined up to now for other uses, but above all creating new life scenarios, new points of view designed to intensify and favor that view, a physical and emotional bond that exists between man and sea.

With the aim of making more use of the interior spaces and having better communication with the outside world, SL96Asymmetric in fact rethinks the canonical layout of a yacht, retaining only the side decks on the starboard side and eliminating the left one, which is carried on the roof of the superstructure, allowing 10sqm of surface space to be recovered to the benefit of the interior, through this asymmetric configuration. Something which has never been tried before.

A layout that, compared to a traditional one, offers more space, brightness, relaxation and better flexibility of use.

The concept of asymmetry is the result of a coming together of different minds and types of creativity. From an original idea by Chris Bangle, the ingenious car designer, to the yard’s internal technicians and designers, to Bernardo Zuccon, the young architect, who together with Zuccon International Project is signing many projects with Sanlorenzo. 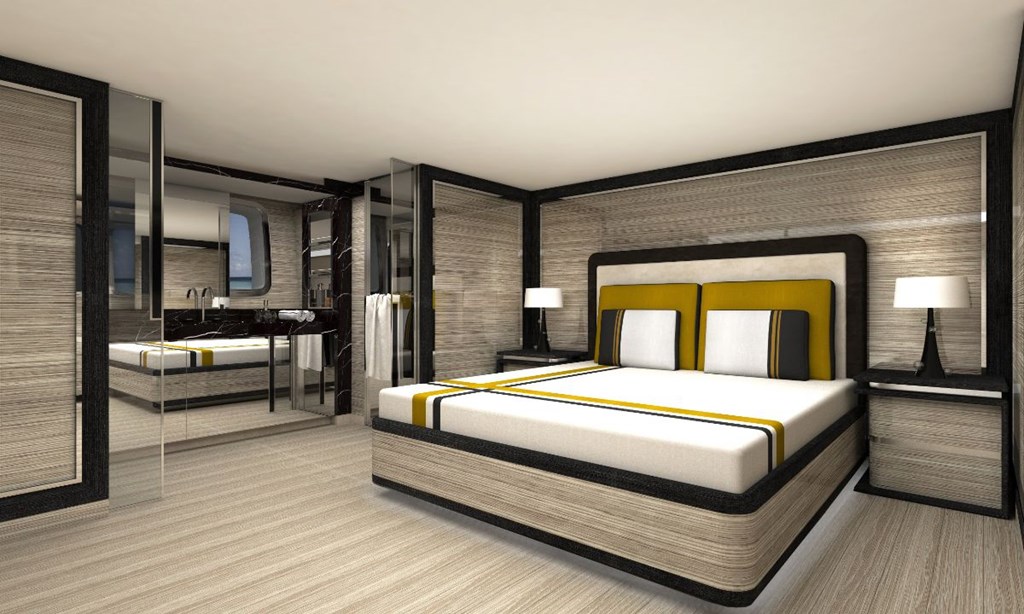 The interior design was undertaken by Arch. Laura Sessa chosen for her ability to translate Sanlorenzo’s “made-to-measure” philosophy into the project, via her personal touch.
In the interior design a great sense of union and coherence emerges thanks to the choice of materials and finishes that is uniform and evident in all areas. The colors chosen are those of the Mediterranean, a distinctive sign of Laura’s projects.

The simplicity of the internal panels also allows customers greater flexibility, as they can choose from a vast range of materials.