-These vessels join the current fleet of 22 yachts over 30m, managed by a team of experienced professionals

“All owners want to enjoy their yachts, but they may not have the time to dedicate to the specifics that they would like. So, knowing our experienced team will keep an eye on the details, owners can get the most out their ownership experience” – Peter Wilson MCM co-founder.

At MCM the labor of love that is yacht ownership divides into two parts. There’s the project management of the build phase, and yacht management after the yacht is launched.

With three new yachts added, MCM and its team of professionals keeps a current list of 22 superyachts measuring 30 meters or greater under its yacht management program. The latest additions are the 49.8-meter Heesen M/Y Erica, the 55-meter Hoek/Vitters S/Y Marie, and the 65-meter Codecasa M/Y Double Down. Each of these yachts offers a different view of how MCM’s yacht management program can provide owners with peace of mind, whether the yacht is a just emerging from the shipyard for the first time, or is a pre-owned acquisition ready to be managed at a professional level.

During project management, the firm will help a yacht owner do everything from helping define the concept, to finding naval architects, exterior stylists and interior designers, to working with these creative forces to make certain the owners’ needs and desires are met and not overshadowed by the project itself. Once the design plan is in place for the motor or sailing yacht, MCM will assist in finding a yard that is up to the task at hand and, once selected, help all parties adhere to a strict schedule. What comes next? Yacht ownership, with all its variables.

“Certainly, the building of these yachts is a complex matter, but it’s in a controlled environment. Yacht management encompasses everything beyond the build,” says Peter Wilson, co-founder of MCM. “Our yacht management serves as an advocate to the owner, as well as the captain’s ally.” Whether MCM is assisting with finding a captain, helping to hire the crew, or helping maintain the yacht’s value by recommending and monitoring refits and system upgrades, the goal is to make yacht ownership enjoyable. The company can support an owner through the sale of the yacht and acquisition of the next yacht, as well as keeping a close watch on the yacht’s financial health.

Yacht management is a way for MCM to apply its substantial expertise and experience in the further service of its customers. Large yachts today are fitted with a host of complex systems ranging from electrical systems, propulsion and control, navigation and satellite communications, HVAC and onboard comfort, lighting, stabilization, desalination, as well as fire-fighting and alarm and monitoring systems. While a captain and crew are hired to manage and maintain the yacht, that dedicated team routinely benefits from the additional resources MCM provides to keep things running smoothly. MCM yacht management has the expertise to support he team on board, in no small part due to their understanding of how yachts function at sea—the team draws on a wealth of real world knowledge through their collective experience in offshore racing and cruising.

“On the darkest of nights, when the wind is blowing 60 and the waves are high, that’s when everything that was discussed during project is really put to the test,” says Wilson. “Our team has been to sea, and they’ve been there at every phase. We’re prepared for the eventualities, and have the tools in place for most of them, and the resources to implement our emergency response plan”

The three yachts added to the 2019 MCM fleet

49.8-meter Heesen M/Y Erica. One such example of the transition from build to management stage is the motor yacht Erica, a 49.8-meter Heesen. Under the watchful eye of MCM co-founder Nigel Ingram, Erica continues to move quickly toward her launch, completion, and sea trials this summer. The owner’s long-time captain is already at the helm, so to speak, and already has his department heads together in preparation to take over yacht operations. The team are all enthusiastically involved at this stage of the process and getting their areas of expertise in shape and up to the owner’s expectations, so they will have all of their systems in place to ensure a smooth transition. When Erica hits the water, yacht, owner and crew will be on the same page and it will be “all systems go.” 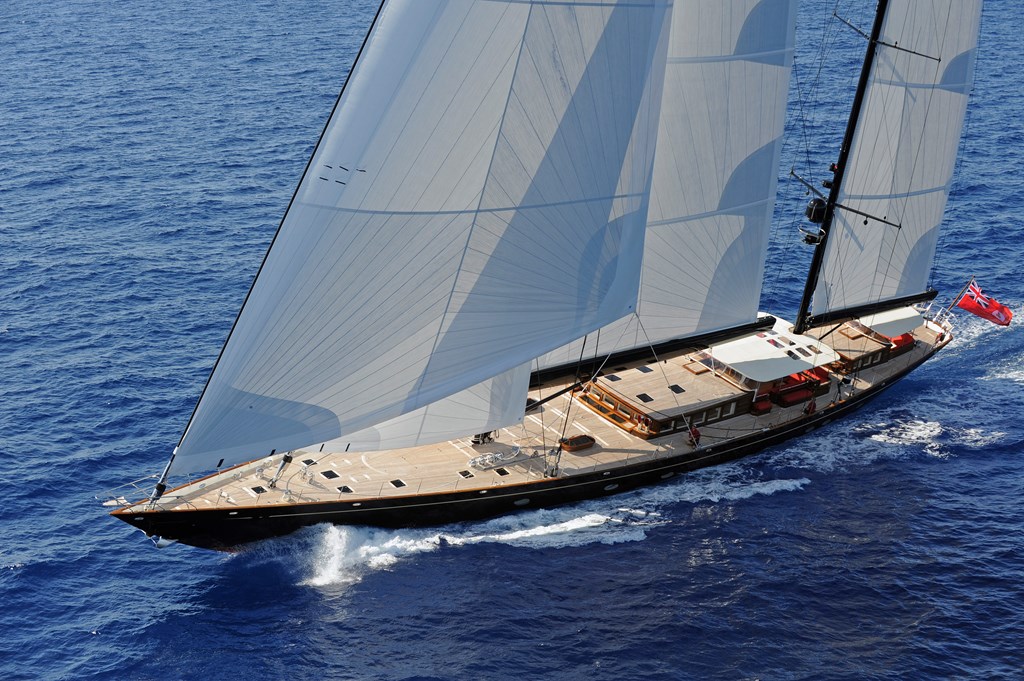 Another example of a yacht at a different phase of existence is the sailing yacht Marie, a 55-meter Hoek/Vitters. The new owners of Marie thoroughly enjoyed their first cruise in the Caribbean after a very short sail in the Med after the closing. This is a great way to begin their time with Marie, as well as to open the yacht’s new chapter. The yacht will be heading back to the Mediterranean for another busy summer of cruising with family and friends, as well as charter work. The process of maintaining the ability to charter in the EU and import properly, continues to be an evolving process. The differing rules within the EU keep MCM’s tax advisors on their toes. One aspect that has helped the seamless transition between owners is that the yacht’s skipper, Captain Wes Cooper, has been with Marie since before launch, and he was retained by the new owners. His offsider, Captain Chad Thieken plus a large percentage of the crew were also invited to stay with the yacht post-handover. 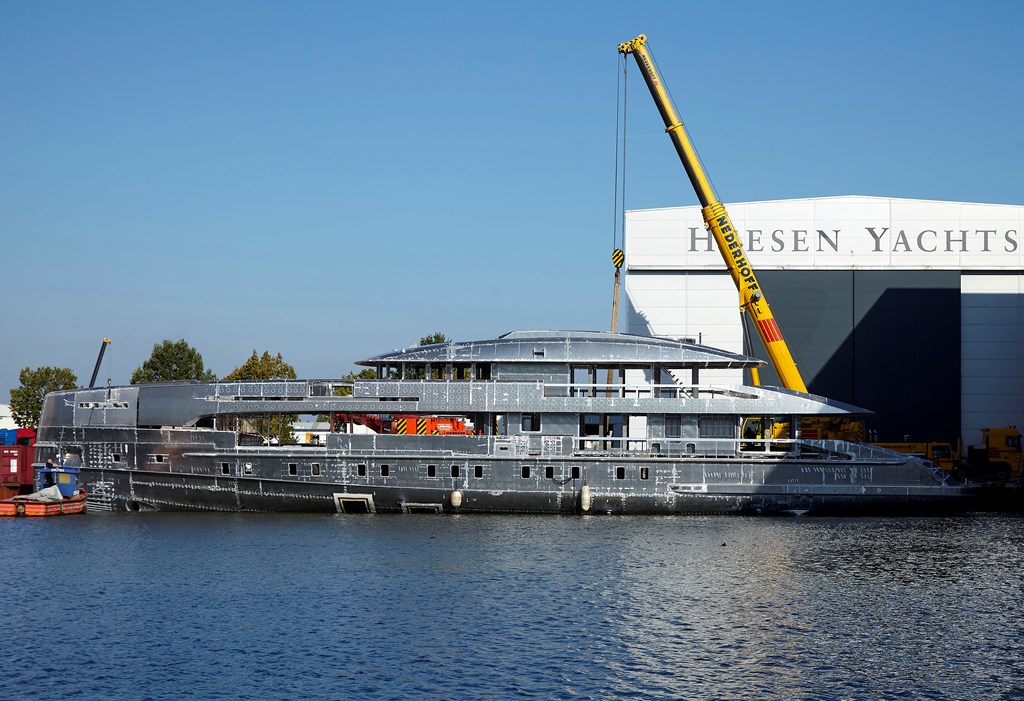 A 65-meter Codecasa, has another unique situation. The team at MCM has characterized the formation of the crew “team” as very interesting. MCM started by interviewing potential candidates for the captain’s role with the goal of putting three options in front of ownership. According to MCM’s assessment, the goal was to have each candidate exhibit a proven record of good leadership, excellent communication skills, and the willingness to work with a large team. The process went well, and, in a short period of time, the team identified the right person for the role: Captain Scott Barsin, in a short period of time. The process to hire the balance of the crew was in full swing with the goal of retaining as many as possible from previous ownership. The thought process here was to keep as much institutional knowledge on Double Down as possible.

With a crew of 19, many nationalities were represented, and the process can take time with resulting turnover seeming initially high. But finding the correct captain helps to form a strong team tends to form well within six to eight months, which Double Down has achieved.

Another interesting project with Double Down has been interior modifications—ranging from artwork to new soft furnishings that fulfill a new taste in décor—which have been on-going for the last four months without disrupting the owner’s use. The project has been achieved using one vendor to handle all modifications and good project management for an on-time and onbudget delivery.

The complexity of managing a large yacht requires the same specific knowledge of knowing the right questions to ask and following through on the detailed answers. Yacht management ensures owners get the service they expect so that they can enjoy their yachts — with peace of mind.

Powered by industry-leaders Manage My Vessel this state-of-the-art software reduces the administrative workload of Captains and facilitates communication between crew and the yacht management team. MCMFleet allows the user to effectively organize and maintain the yacht’s tasks under one centralized and secure online platform.

The easy-to-use application is simple to learn, easy to operate and will streamline the operation of any size vessel. Features include:

-Tracking of all yacht certificates, endorsements and licenses including expiry notifications and survey windows. Tracking all crew documents such as personal ID’s, passports, certificates, licenses and visas.

-Individual logins for each crew member mean they are able to upload and update their own documentation. Digital storage of yacht related documents such as Safety Management Systems, ships plans and drawings, user manuals, survey reports and more.

– Organize all Contacts and Companies relating to the yacht. Maintain and manage the yacht equipment and inventory lists.

MCM will be working to ensure that the implementation of this system across the fleet is a smooth and trouble-free experience for all their Captains and crew.